A correspondent of the German magazine “Spiegel” and me, we accompanied the Colombian president Juan Manuel Santos to a campaign event in the Northern province Chocó. At that point, the first draft of the peace accord already had been signed between Farc and government. Santos now hopes that a majority of his people will vote for the accord in a referendum he ordered to uphold. 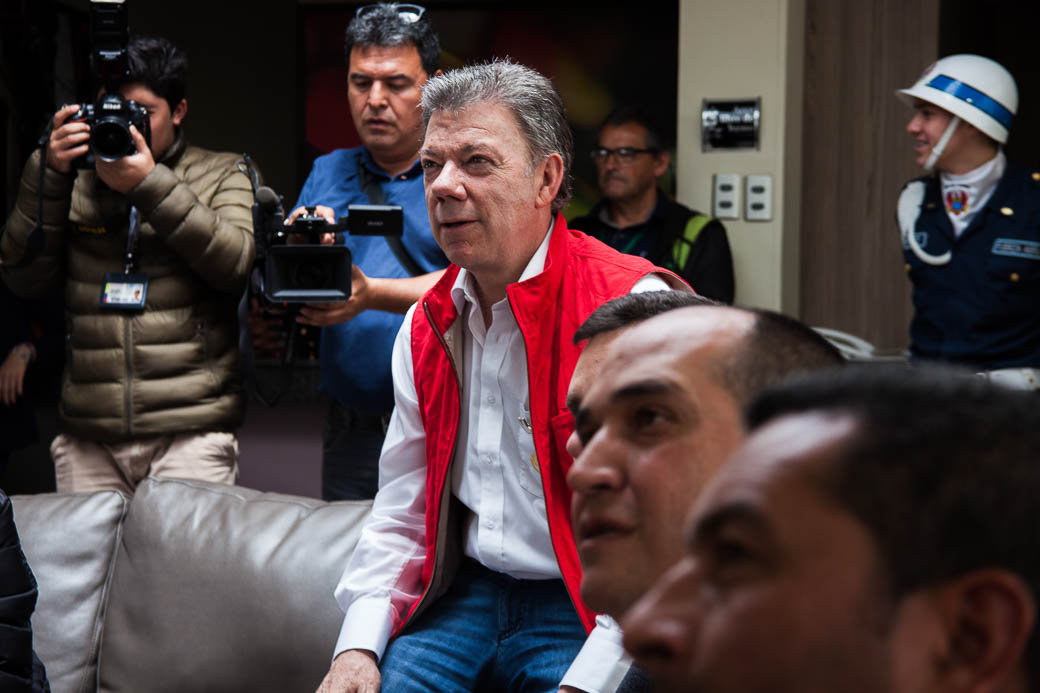