I. Lifeline for two countries

The Arauca river, about 100 meters wide, is the border line and a lifeline between Colombia and Venezuela. It is a permeable border, through which people pass and people also pass contraband. A photo story from the turbulent waters that separate the inseparable.

The only official border crossing is the Jose Antonio Paez bridge. Venezuelans and Colombians cross it every day to work and do business. Quite a few also reside in the neighboring country.

Although it is formally illegal, many residents prefer to cross the border in a boat as have done their ancestors for centuries. As long as the boats carry humans, the navies of both countries turn a blind eye. Very often though, the canoeros transport contraband and have to cross the river as fast as they can. If they get caught, their freight and boats are confiscated. 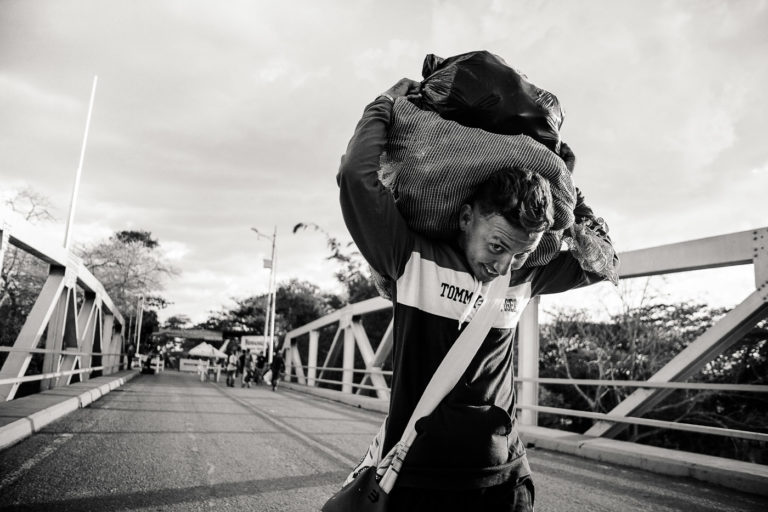 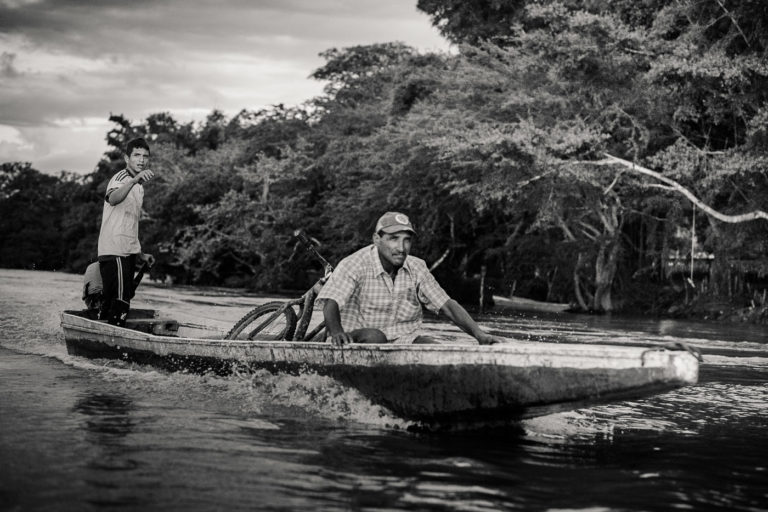 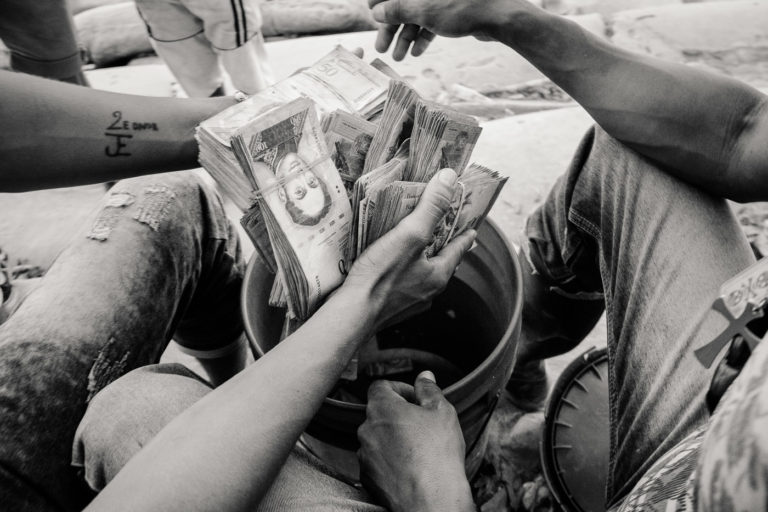 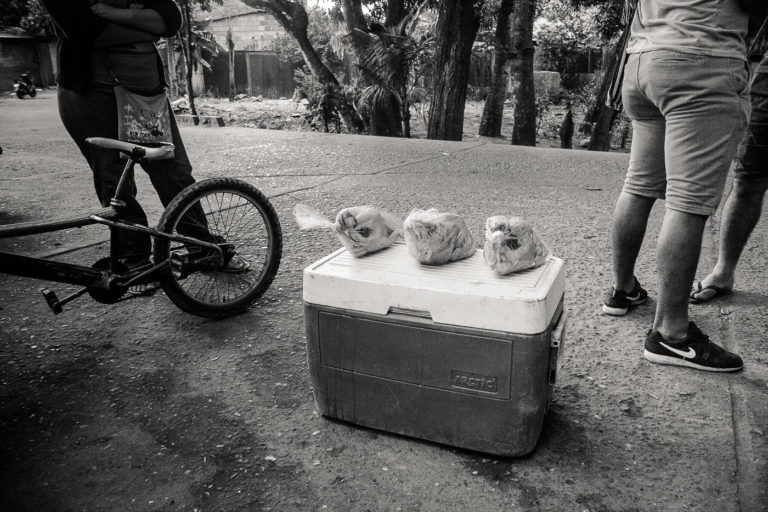 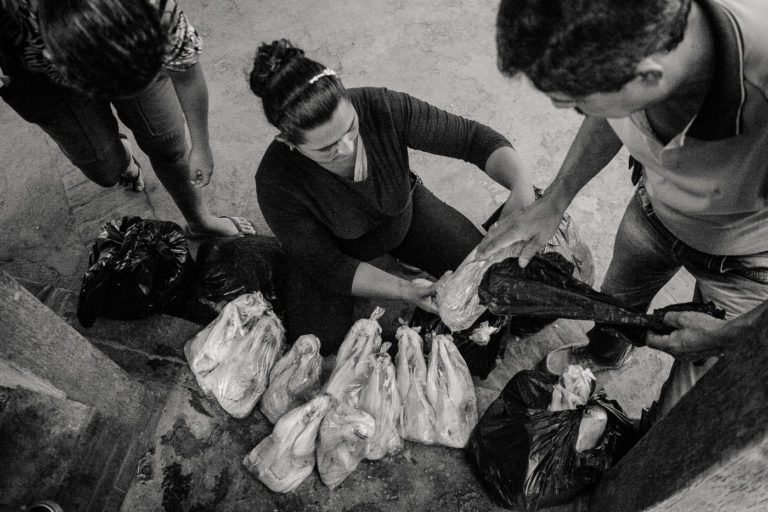 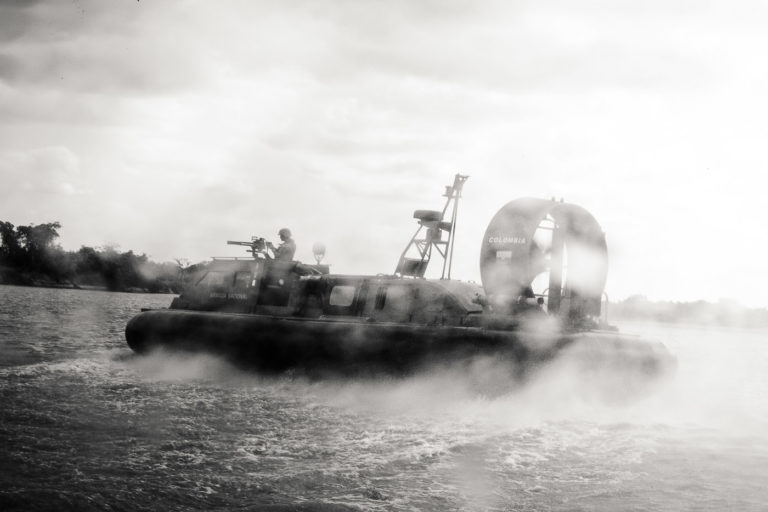 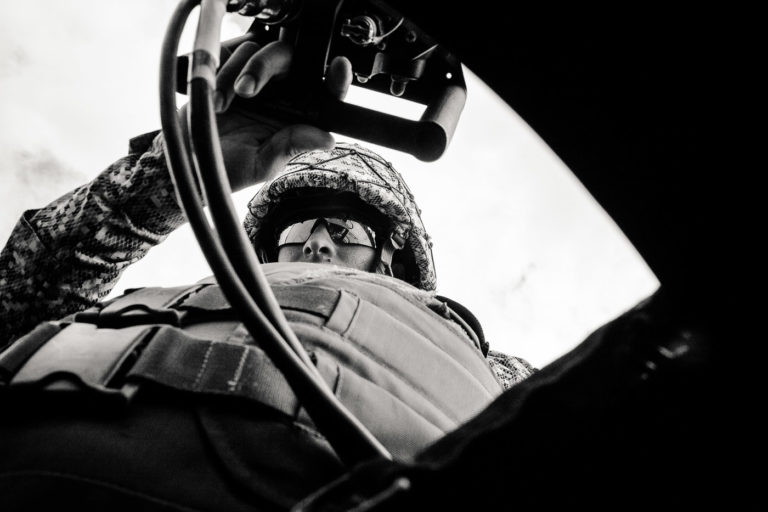 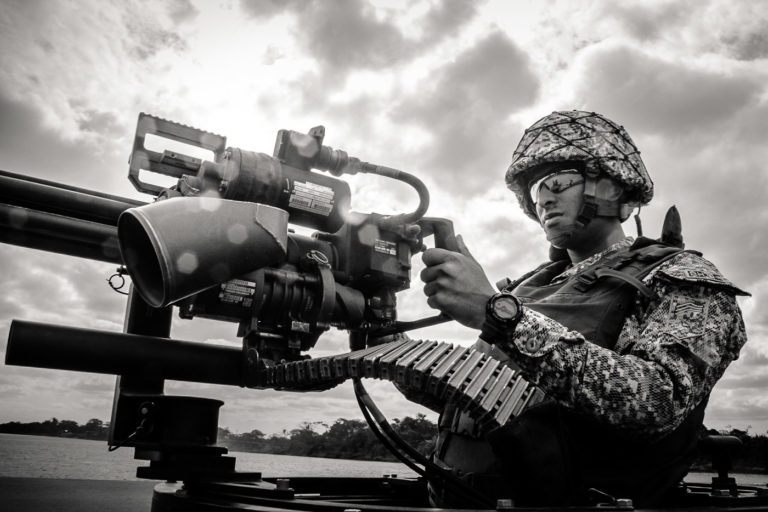 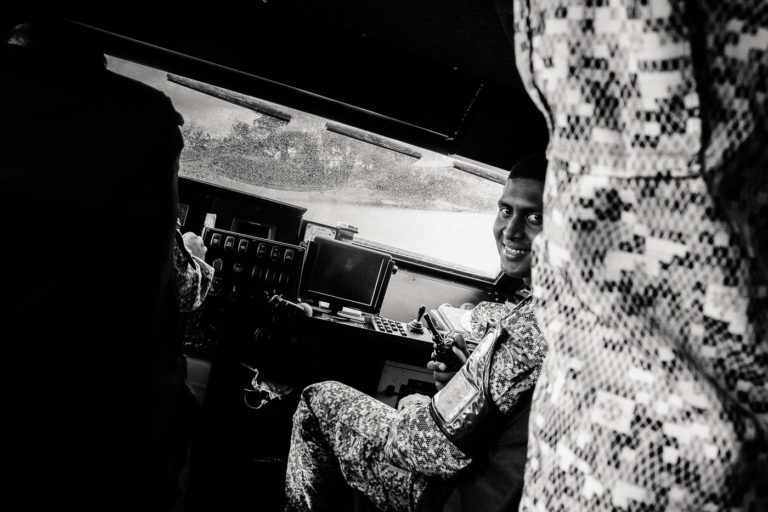 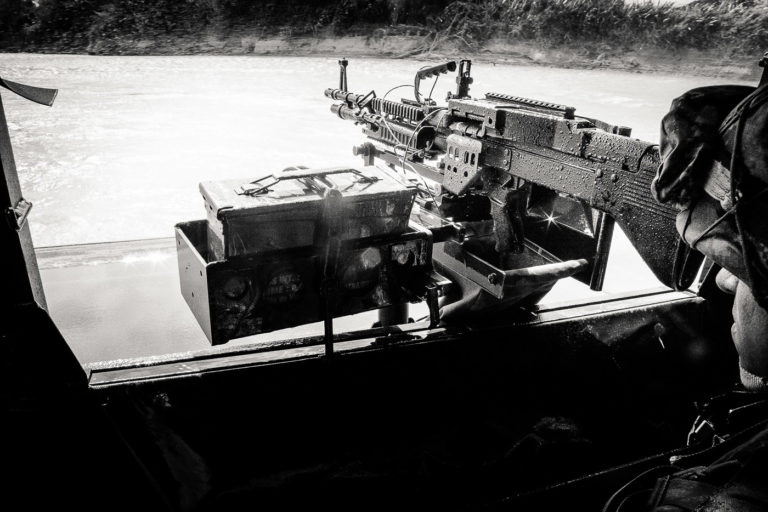 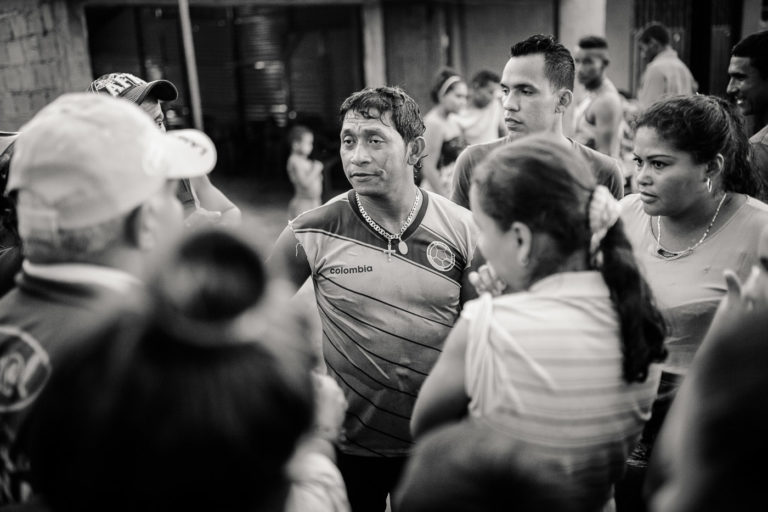 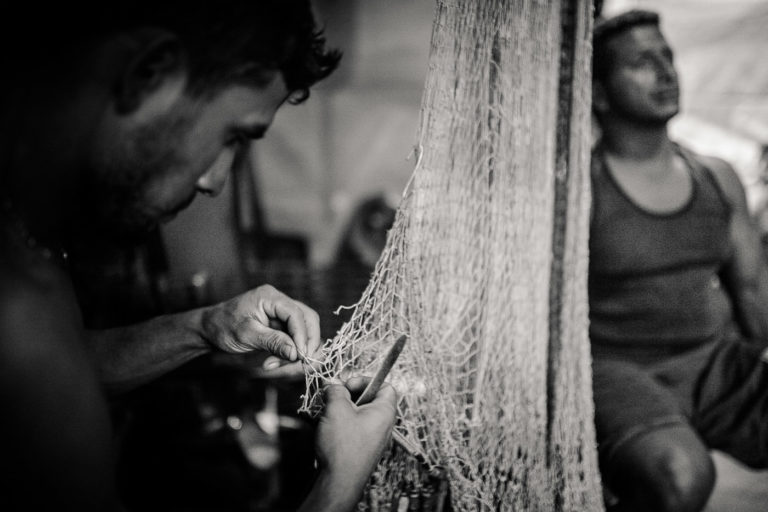 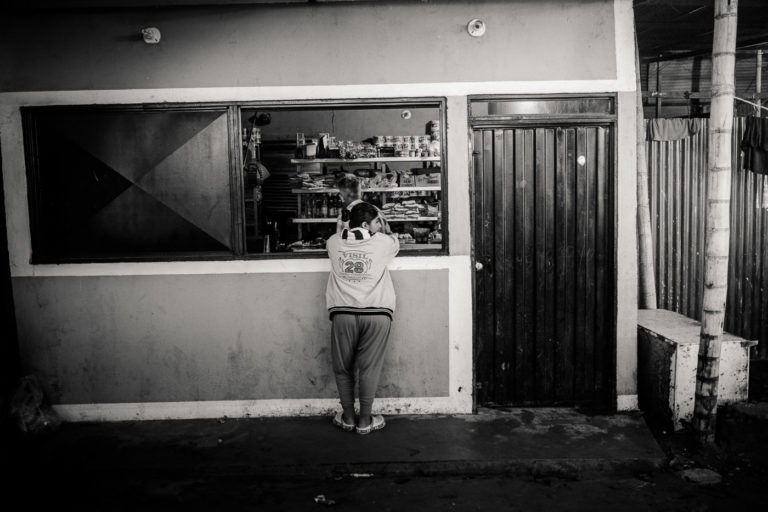 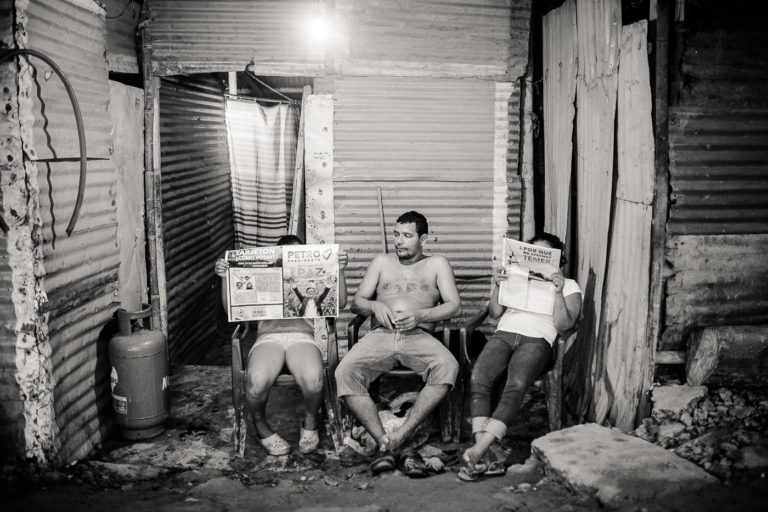 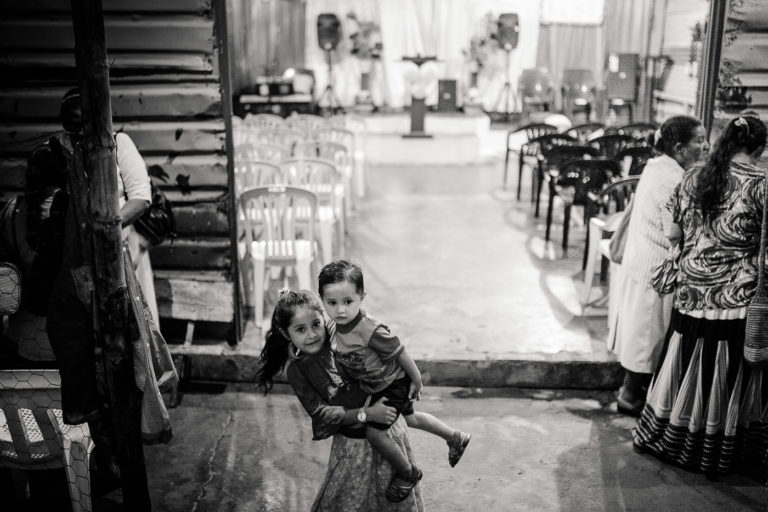 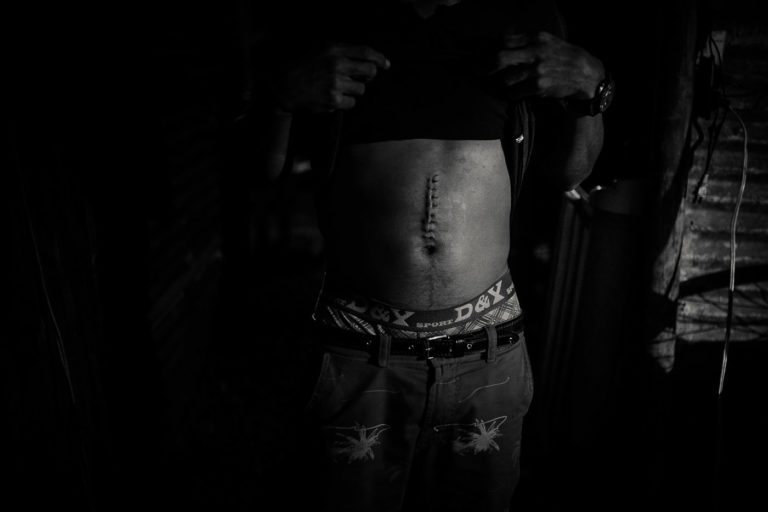 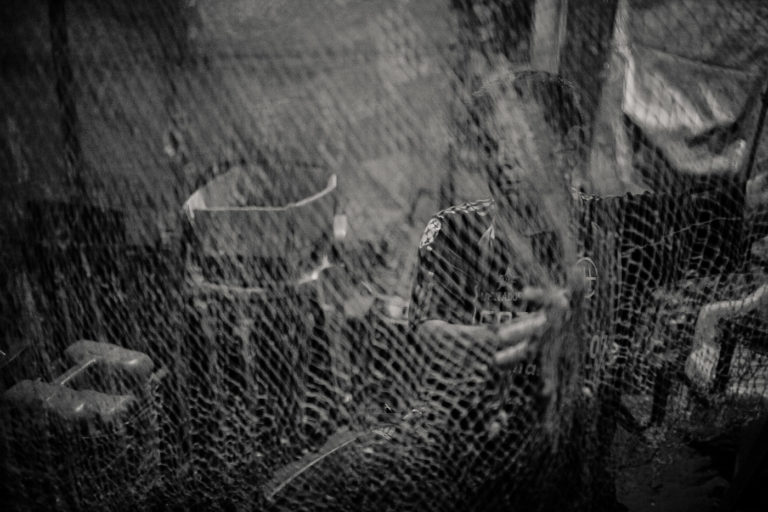 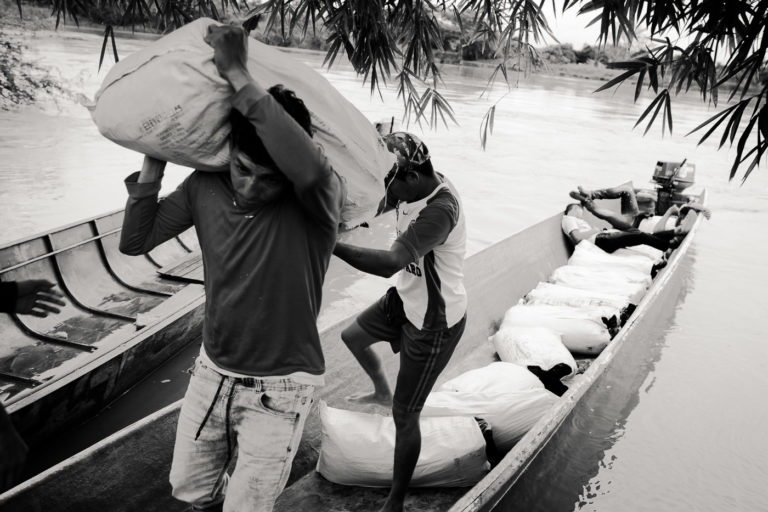 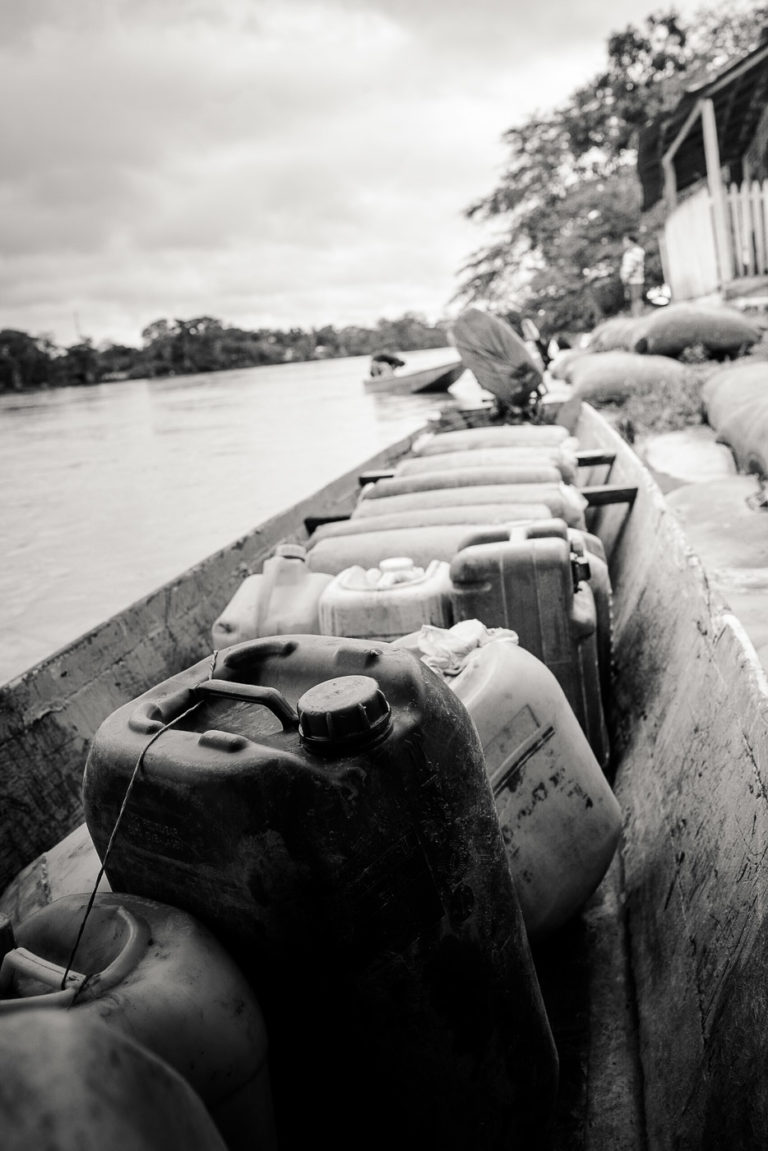 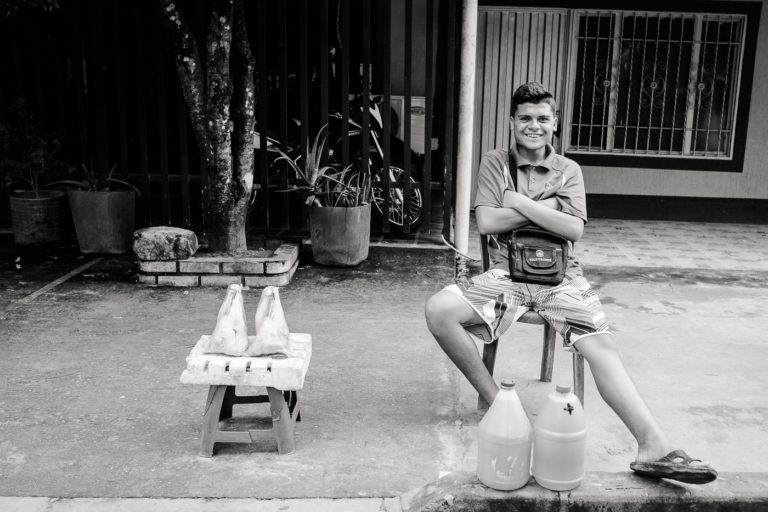 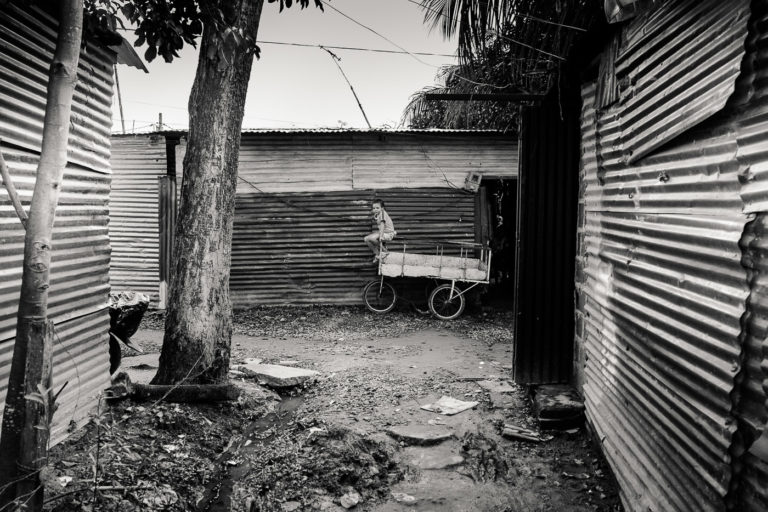 The canoeros, who steer the boats called canoas in Spanish, are the spine of both the formal and the informal economy in this isolated frontier region. To survive, a canoero has different lines work. Fishing is one of them. Transport people from one country to the other a second one. Contraband is a third option. Given the lack of jobs and the economic crisis in Venezuela, the communities along the Arauca river depend on contraband.

Contraband has existed since the Colombian and Venezuelan nations were born. However, when the socialist government took office in Caracas, the smugglers discovered that if they bought food subsidized by the Venezuelan state and sold it in Colombia, they obtained huge profit margins. According to an officer of the Colombian navy, the products most trafficked from Venezuela to Colombia on the Arauca River are fish and meat, after gasoline.

Although it sounds paradoxical, food moves in both directions. Due to the economic crisis in their home country, Venezuelans shop in the supermarkets of Arauca city everything they do not get at home, from sugar to diapers. Hundreds of them cross each day the bridge. Those who buy in greater quantities must resort to the services of canoeros.

It is six oclock in the morning. The sun reflects on the surface of the river. The canoeros have already been working for two hours. A boat disembarks on the beach. Three men and a woman jump out and run ten meters to hide in a line of trees. The reason for their hurry approaches in the middle of the river: a Venezuelan Navy vessel. The boat turns off its engines and rocks in the current.

The canoero cannot start the engine while the government forces are blocking his way. Even so, he looks carefree. He is used to these mandatory breaks. He takes the opportunity to drink a coffee. “We play cat and mouse,” said the canoero.

After half an hour the Navy ship finally leaves. The group that had fled to the trees returns to the boat to take out several black bags that they had left behind. Inside are chickens and fish wrapped in plastic sheets and old newspapers destined for the black market in the city of Arauca. IV. “The Venezuelans give themselves away”

The work of the canoeros can be risky. The Colombian and the Venezuelan navies confiscate their merchandise if they suspect it is contraband. The guerillas of the National Liberation Army (ELN) oblige them to pay a revolutionary tax for each transport. At the end of the day, of all the riches the canoeros transport, almost nothing stays in their pocket.

In Brisas del Puente, one of the poorest neighbourhoods of Arauca City, right behind the border bridge, live many of the Colombian canoeros. The crisis in Venezuela has hit hard people here. More and more Venezuelans compete with the Colombians in working as canoeros and offer their service for a fraction of the price. “They sell themselves for some pesos”, said canoero Jesus Jimenez. The black market of Arauca is located in a street right behind the river. Motor bike drivers fill their bikes with gas from Venezuela. Venezuelan gas has another octane level than the in-house produced gas and could possibly damage the motor but it is so cheap that many clients cannot resist. Venezuelan fishermen who want to sell catfish negotiate with the stand owners. Street vendors offer smelly meat out of plastic bags.

From time to time, the police raids the street but the day after business is done as usual. Arauca, an isolated border state, has never produced a lot, or had very many employment opportunities. The economic crisis in Venezuela has made things worse. Contraband is not a crime here, it is one of the few options to survive. 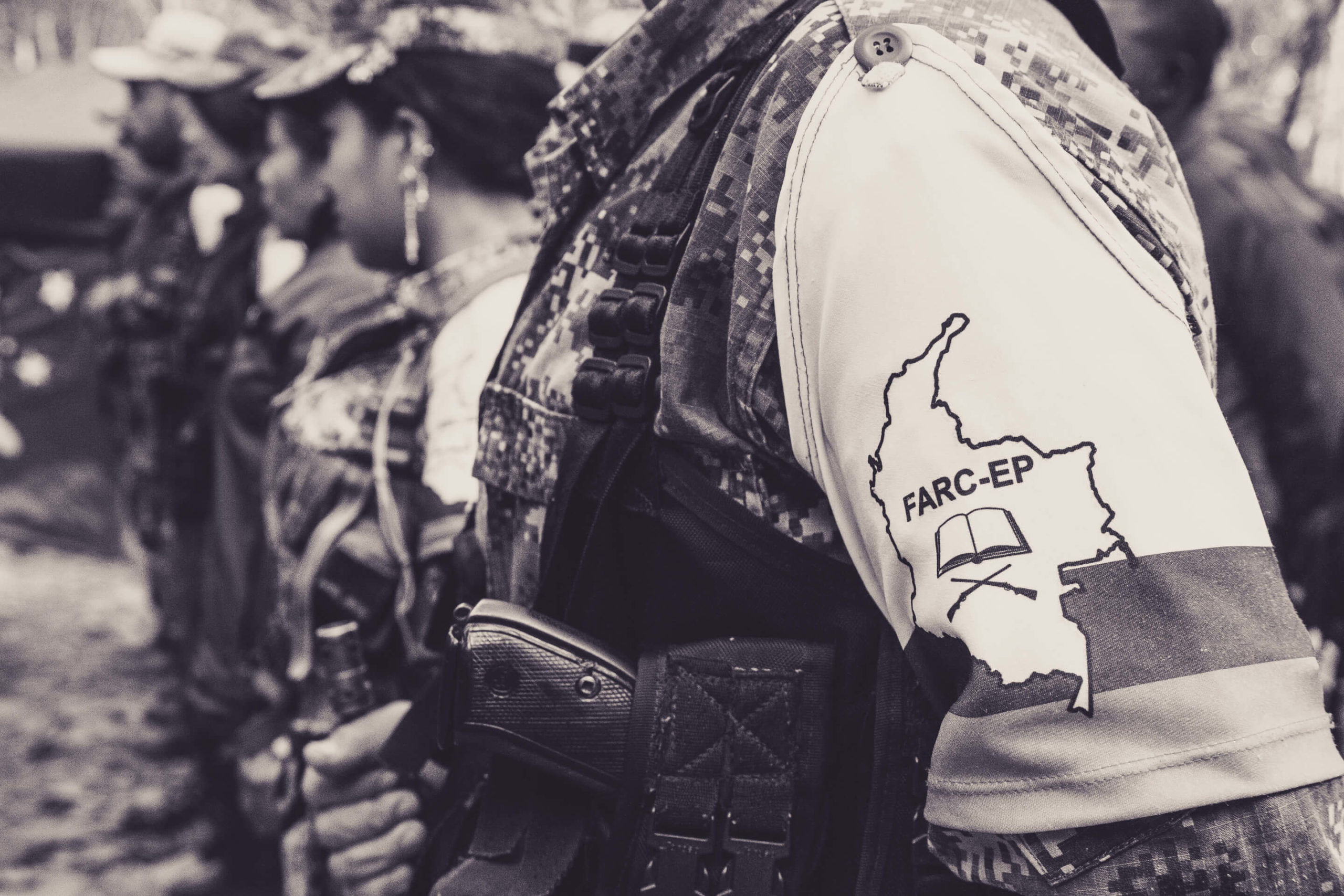 Colombia – A new party for a new country? 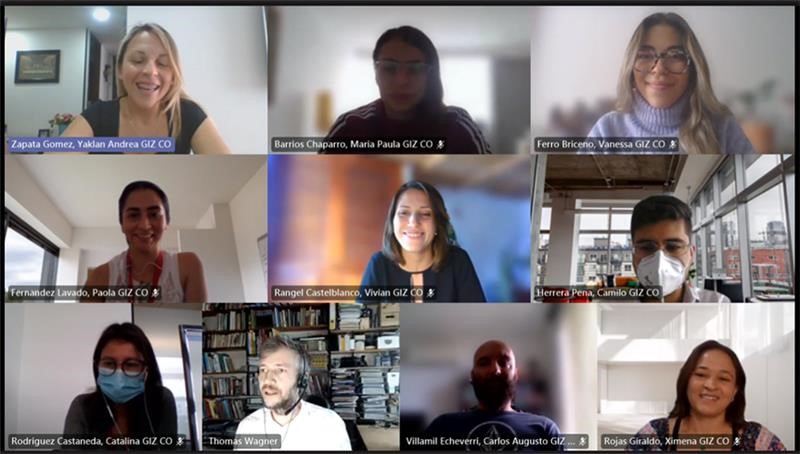 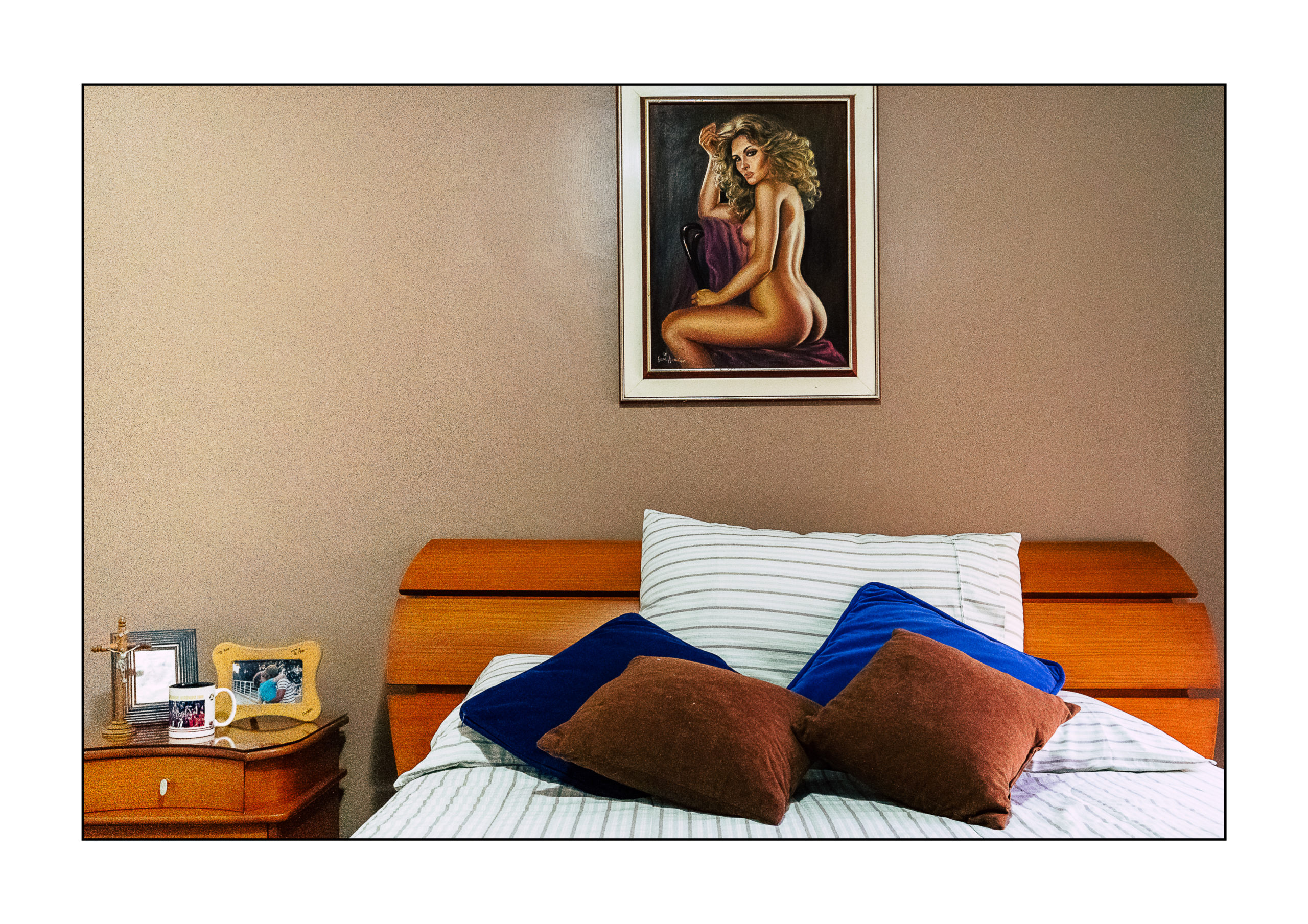 Venezuela - The absentees
Next Article
All images on this webpage ©Thomas Wagner
Manage Cookie Consent
To provide the best experiences, we use technologies like cookies to store and/or access device information. Consenting to these technologies will allow us to process data such as browsing behavior or unique IDs on this site. Not consenting or withdrawing consent, may adversely affect certain features and functions.
Manage options Manage services Manage vendors Read more about these purposes
View preferences
{title} {title} {title}