In the beginning of 2011, the reporter of the German magazine Zeit Magazin, Marian Blasberg, and me went on to an exhaustive investigation in Caracas which took us of several weeks. Our overall aim was to compare the discourse of the omnipresent president Hugo Chávez with the reality of his people.

To understand Chávez better, we started to watch his weekly TV programme “Aló Presidente”. This kept us busy for quite some time. Only in the  371th edition of “Aló Presidente”, the one Blasberg mentions in his article, Chávez talked almost six hours. Somewhere I read the telling statistics that of his twelve years in power, Chávez has spent a year and a half in front of TV cameras.

The article in the ZEIT Magazin (with my photographs) 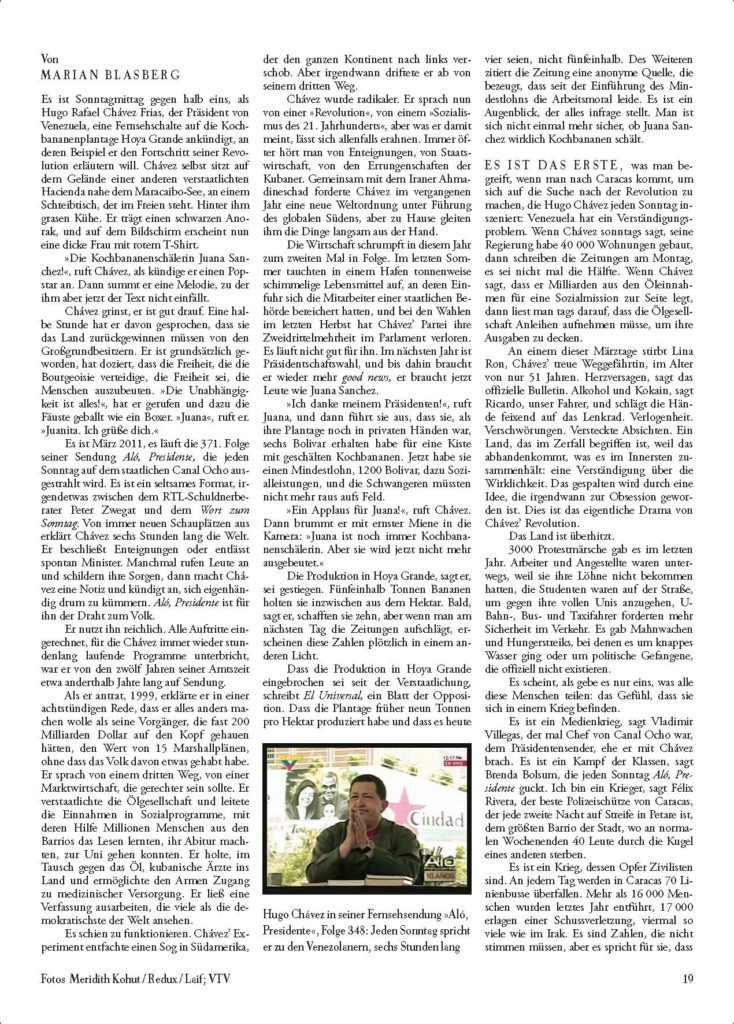 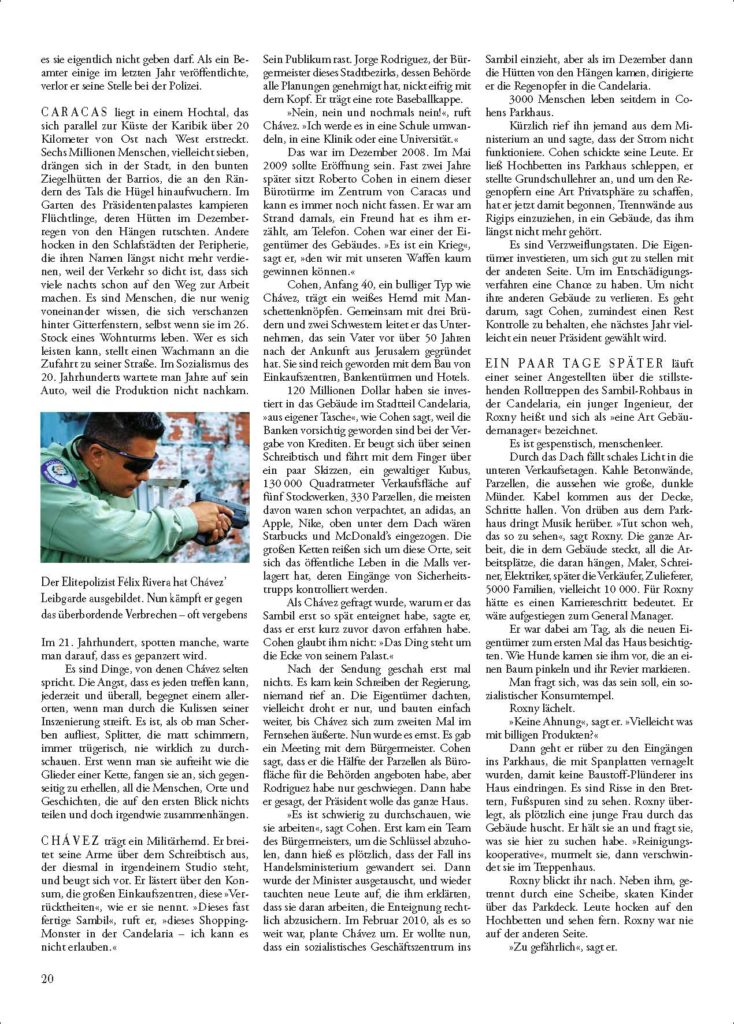 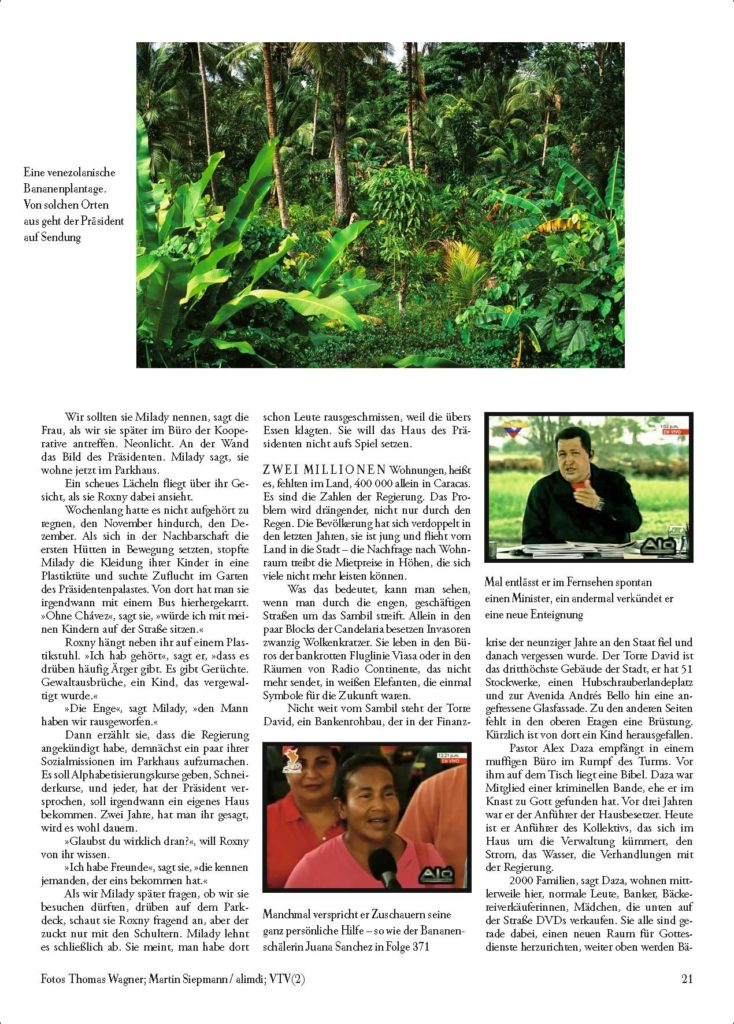 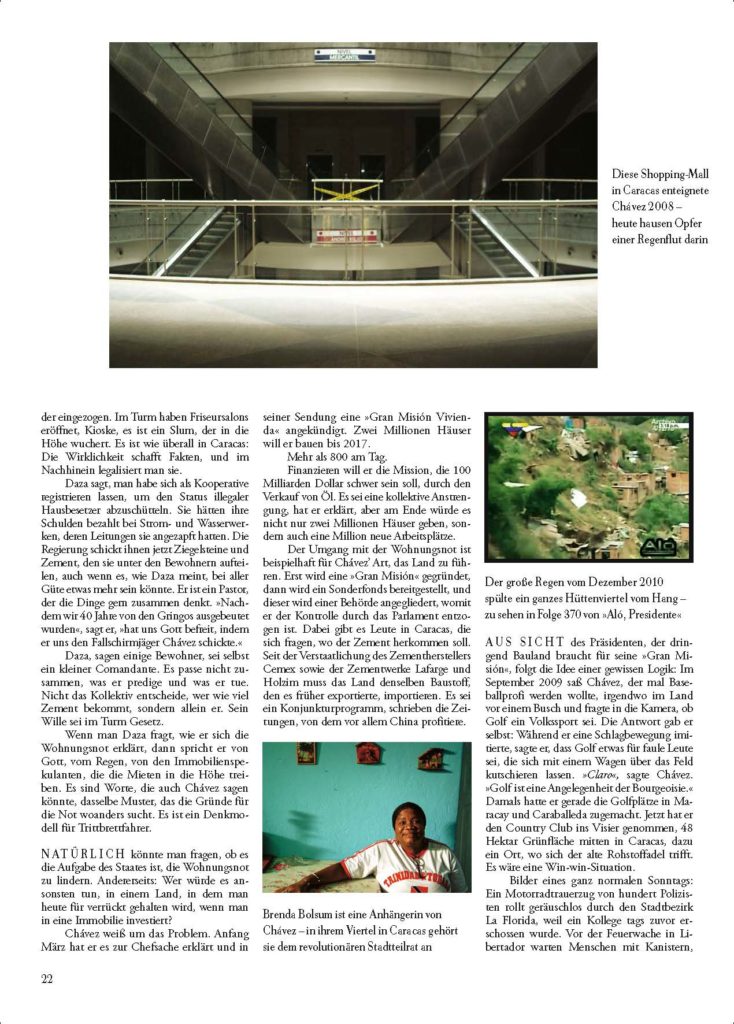 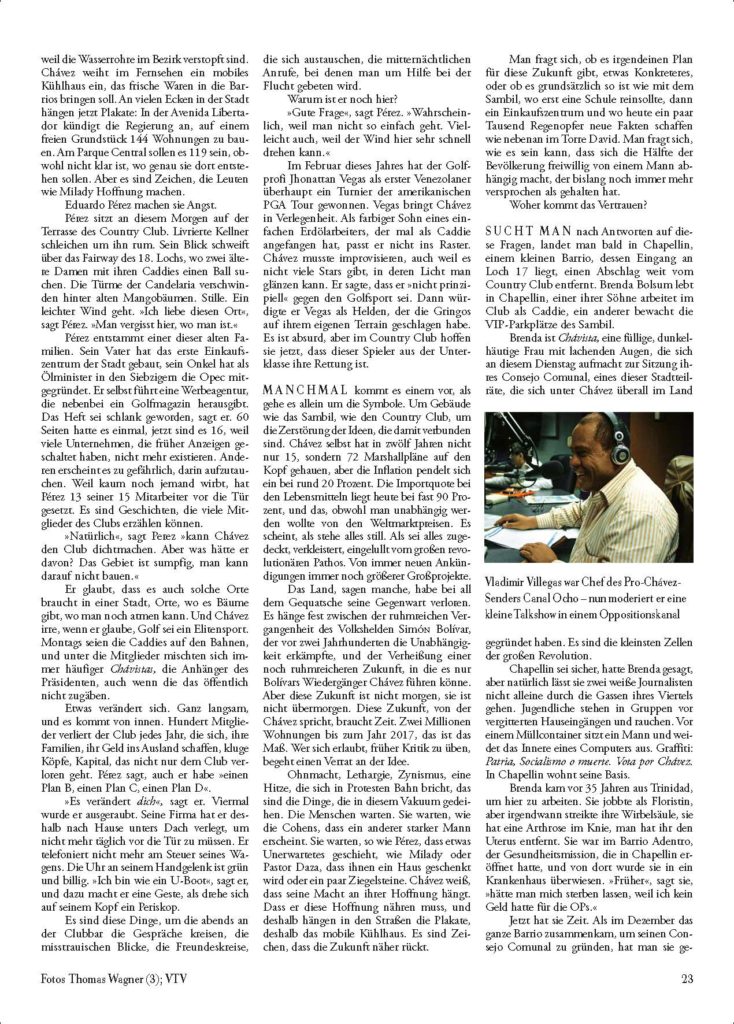 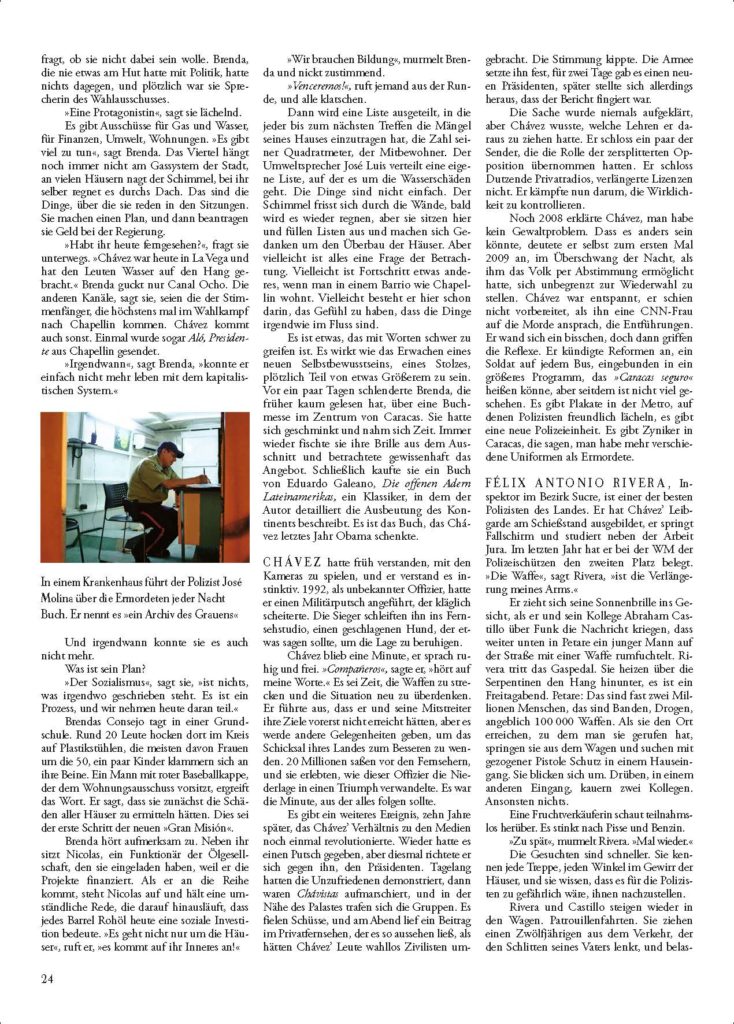 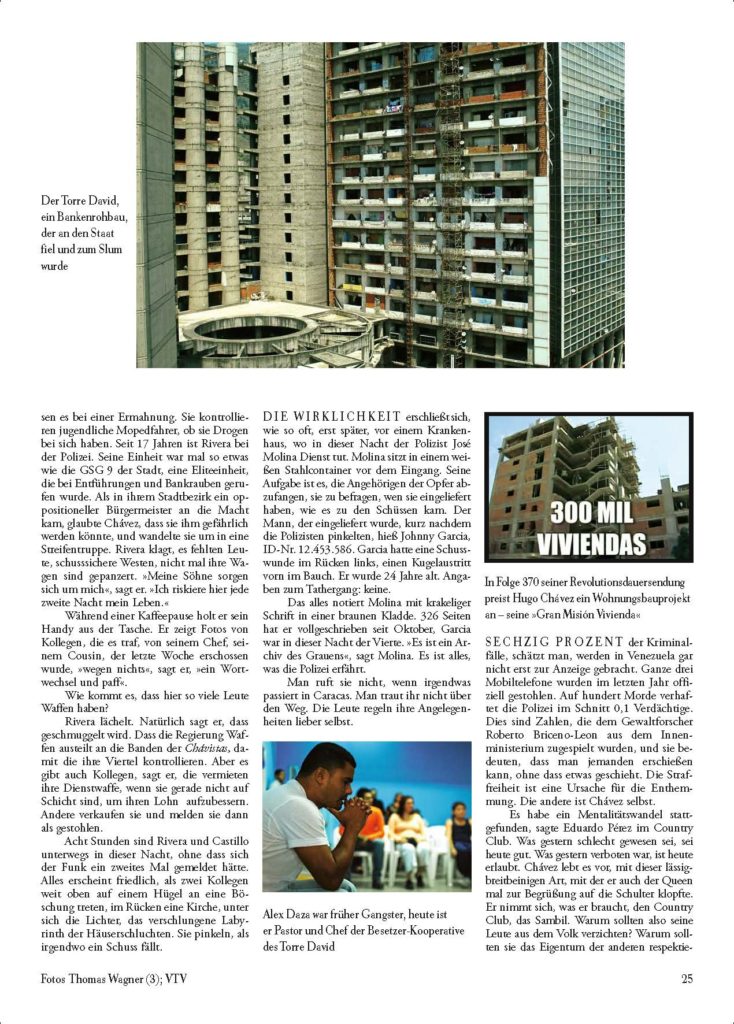 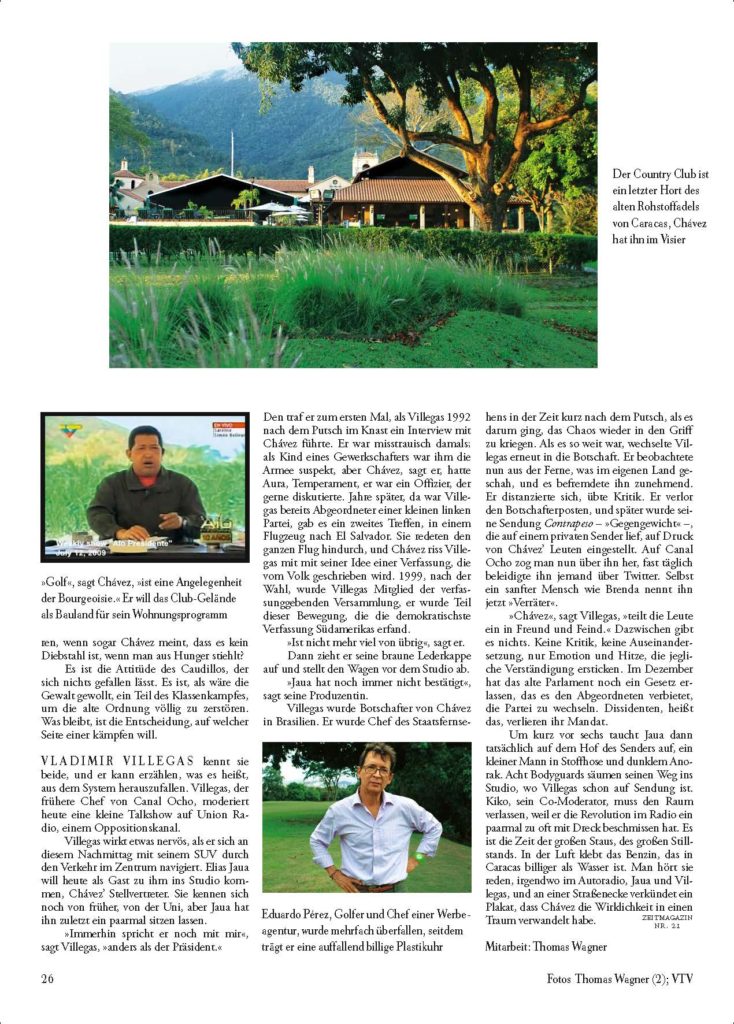 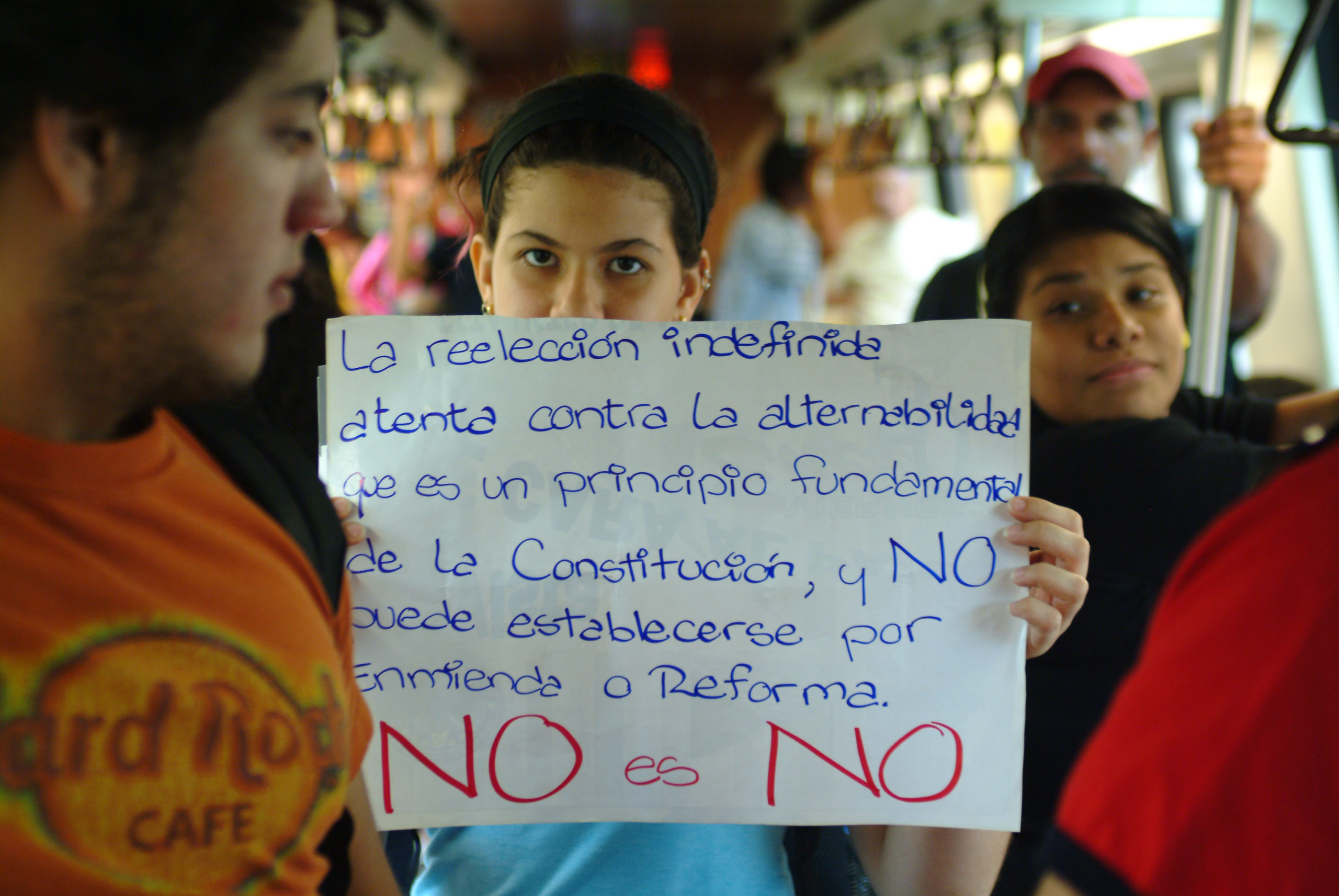 Venezuela – The adversary who Chávez fears 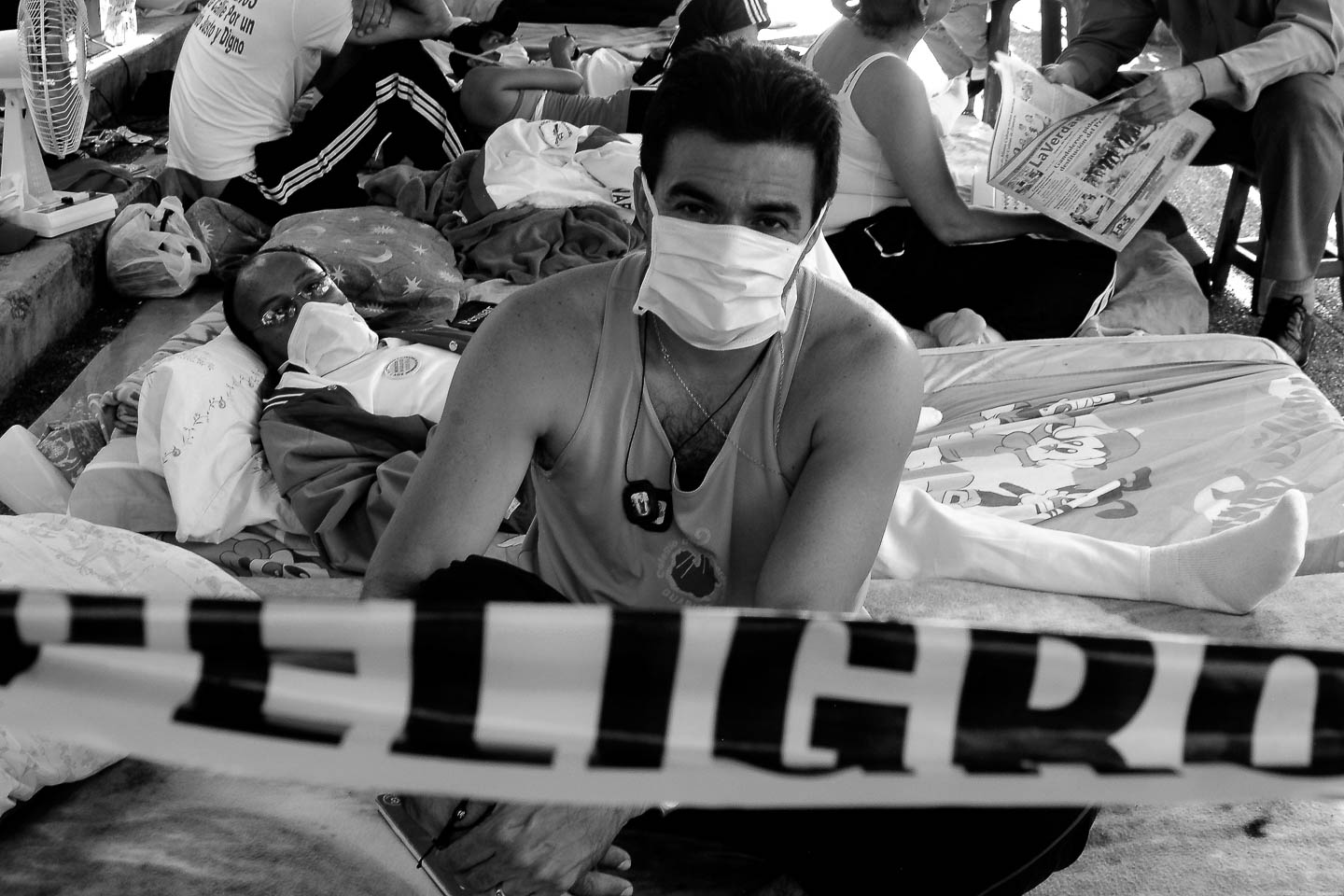 Venezuela – Doctors from Cuba flee in a roundabout way

Venezuela - A drug kingpin returns to Venezuela
Previous Article
Guatemala - Im Würgegriff der Kartelle
Next Article
All images on this webpage ©Thomas Wagner
Manage Cookie Consent
To provide the best experiences, we use technologies like cookies to store and/or access device information. Consenting to these technologies will allow us to process data such as browsing behavior or unique IDs on this site. Not consenting or withdrawing consent, may adversely affect certain features and functions.
Manage options Manage services Manage vendors Read more about these purposes
View preferences
{title} {title} {title}